skip to main | skip to sidebar

Susan Schaller, educator and author of A Man Without Words, is preparing to publish her second book, Helen Keller's Mirror (copyright 2010).  As the founder and director of a non-profit noted for its programs, Vital-Signs and Deaf World Television, she has built bridges between the Deaf and hearing communities. Schaller's public speaking raises awareness of language rights and the complex issues that cross many disciplines. Previous hosts include:

Write: susan@susanschaller .  com    for a talk about her books and advocacy work. 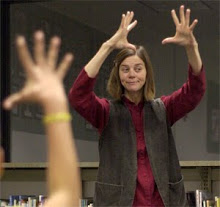